LOST NOTES FROM PRISONS AND FLOWERS 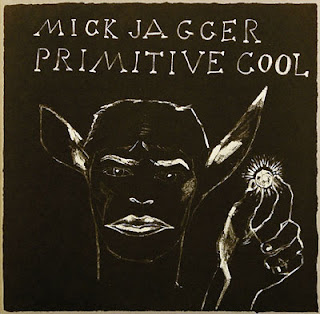 Late last night the nightabyss opened from within like a blue flower. The television watered. I walked from my cup of coffee to the black door and listened. I held Rigoberto Gonzalez' new book of poems, Other Fugitives and Other Strangers. My ex lover was asleep in the next room, I was here, lit by the black lamp of my coffee. There is a Silence underneath things that comes undone, Undead Duende. The hinges come loose. We fall through ourselves. The stars are spies.

The book jacket says of Gonzalez' work, "this book is a testimony to sexuality in times of violence . . . expressed through a dark eroticism reminiscent of Garcia Lorca and Cavafy."

This is West Hollywood, friday night, between 1:30 and 2:30 a.m. Outside two Israeli men walk up the dark hill toward the cold wall of stars. They are yelling and singing their national anthem. They are shouting their drunken brotherhood like the shouting orphans of eachother's arms.

The book cover is beautifully written, but needling me. Something about it doesn't capture what I found brave, dangerous, disturbing about this work. I want to say something about the calling of this book, and what it does to me, what it might be doing to others. How is Gonzalez texting Lorca, Cavafy, and why isn't this an answer to my love? It's needling me--green, nervewild. But tread carefully here, o world of enemy lovers. This is worth hours in the nightabyss. Read it. Buy it. Steal it. But I want to descend here into its aspirations. If touch is a prison. . .

Tonight on my ITunes I've got one song on repeat: "Battlestations" by Wham. Hot skip of a baseline and high chime. It's edgy and hot: All I'm trying to give you is a good time honay / Whydju have to keep on playing games with my head? / Used to be a babay when u had no monay / Now we spend more time in battle than we ever do in bed! / . . . Than we ever do in bed! It's a prediction of Madonna's Erotica before she met Lenny Kravitz. It's a phone message in french with an 80's torn slutlook. It's Music from the Edge of Heaven. Get it. Wear it out. 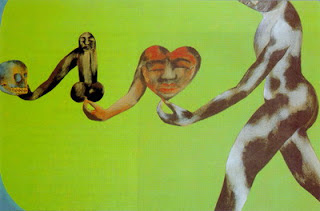 Take his dark sonnets, poems where the dark lover is the summoned phantom of his victim. Blindness and boy love, the strength of his imagery lies in the intuitive psychodrama inherent to his hidden sexuality. Wound, you are the blue fountain of my cries. Thorn, you are impenetrable, the black prince of my flesh. Lorca, Supple Icon laid across my sleeping lover's torso. In Lorca, everything is the body, is blood and darkness and love. When Gonzalez is Lorca, he's whispering things like "the heart keeps pumping / like an anxious rabbit."

Cavafy is pure daylight. His disguise is domesticity, tears in his hands one afternoon at the cafe. He's got his eye on a bit of sunlight striking the staircase to a secret room upstairs. He's sort of Republican Gay, conservative and private. He likes fresh yellow tulips in a white vase. Pressed shirts. Waxed brows and manicures. He's out, but can avoid politics by insisting on etiquette. It's impolite to discuss money, politics, and sex. So instead he's memory. Untenable men he once loved. Affairs to remember, a name, an age, the style of his haircut, the style of his death. His look is from a doorway he's too afraid to cross. Absence is the face of the young lover. When Gonzalez is Cavafy, he's privately remembering "the blame

of pleasure. The pain I exit no greater
than the loneliness that takes me to the bar.
He says good night, I give him back
those words, taking nothing with me that is his.
The front door shuts behind me, the gravel
driveway ushers me away. The rearview mirror
loses sight of threshold, house, sidewalk, street. For Cavafy, loneliness is the condition of his love. Impossible they, him, you. Impossible pronoun, gazing upon the possible version of his own life.

Why the editors compare Gonzalez' work to Cavafy, and to Lorca, has to do primarily with the fact that like these two, he takes masculine imagery and the homosexual relationship as his primary subject. In this book Gonzalez understands that the joys of taboo involve brutality as pleasure. But where Gonzalez departs--and I would argue that if his book is a brother to works by Cavafy and Lorca, it's not necessarily by subject matter alone--it's in his directness, his frank confessionalism, or the style of it. Yes--friends and strangers--style is the green needle tonight. What is most compelling about either Lorca or Cavafy's work is a result of their inability to directly address their sexuality. This results in poems of intuitive, political intensity--without acknowleging these realms at all. For Lorca it is a Blood Drama, and for Cavafy it is something recounted or imagined by a distance in time. Their real subject is desire, longing, and our inability to clutch the demon princes of our sight.

Tonight's moon is a podcast. 1-800-I-Confess. Young Madonna, it's been half a night since I knelt before the cross of his love. The breath of the ex-lover asleep is rushing beside me like an orange tree at night, wrestling the cool attention of a wind. Two weeks ago my grandmother from Sonora gave me a bracelet made of tiny wooden santos. Virgens, guardian angels, Jesus with the pierced shield of his heart across his chest. Wear this, she said. Don't take it off, or you'll die and go straight to hell.

This is the beginning of the 21st century and in it we are all very post-Freudian-modern. If Lorca and Cavafy are unwitting poets of desire, Gonzalez is a sexually contemplative poet of psychological encounter and gay identity. In fact, this is why his work is dangerous, brutal, unforgiving: he is self-aware, scrutinizing, and unforgivably confessional, even if he's not confessing. In this respect, his poems, for me, have a more direct communion with say, Sexton, than either more fantasized homoerotic poets. I'm not sure Gonzalez' work is erotic at all. Sexuality is the realm of horror and of the divine, but not the realm of longing. Not the slow look, the swelling need. This book is a fugitive of that Keatsian lean and paused flower of the Almost, Imaginary Kiss.

More often, Gonzalez is Sexton: "I suspect / you slip your finger in me while I sleep, / expecting me to suck the menace out." Or, "My lover feeds and fattens . . . this keen scavenger / finds value in that vacancy and stuffs it / with himself--cock, finger, foot." He is scorned mistress, boy adulterer. His subject is his sexuality, how it reveals him to the joys of slavery, the transformative boundaries that are constantly crossed and re-written as he becomes himself a wounded lover. His body, then, is the realm of pleasure and belief and death: "the gulluble anus or seductive // cock, both easy / to please. What I love about this book is its frankness about gay sexuality, the dynamic of lovers without that presentiment of permanence and marriage that haunt and comfort straight lovers. We are fly-by-midnights--a wound tells us
at dawn we were loved.

We are, by nature, transgressive. Gonzalez is writing the brutal honesty of our lovesex in the confessional: "Before I kneel to kiss your cock I remove its cross and hang it back on the wall. To open your cheeks to expose the chalice of your ass is to find the pink lips of Catholics."

On the other hand, it's this very frankness that straddles the pole of vulgarity. How much of this confessional tone can we take, before the poem turns gross? I ask, not as criticism per se of Gonzalez, but as a genuine concern in my own work. For me, lyricism can save the vulgar from sounding crude, though I worry--it's difficult to live here on the edge of saintliness. We either achieve brilliance, or a bad diary entry. Mishima said the only hands that touch God are the Masturbater's.

For me this book wavers on the fringes of this worry. At times deeply

they'll hold
down the lonely
dawns for you.

At times these poems will bare themselves so perfectly you'll flinch and wonder whether you can bear it, the way Gonzalez bares a bothersome attention to sex itself, that we know is best when ugliest.
at 9:51 AM 1 comment:

In the West the sun is painting
a portrait of my absence.

The miracle is the flowering
blue of Nothing, and the warm

like the scent of torn oranges in the dark;
Little wounds, I know what I am.

I am
torn out into deathspace

a single petal. I am
some darkness growing warm

thinking of another
distant mystery--

O elemental
omen you are my

opener. It is December. Far away
you are eager

you are burning
in some lightyear

in some mirror
of one who is no longer in the room.

If you witness the interior
of a beautiful darkness your eye's

abyss is a sleepless color.
I am the mistress of your deathlove.
at 9:32 PM No comments:

MOOD YOU ARE MY JEWEL; PART BEAUTY, PART SCORN 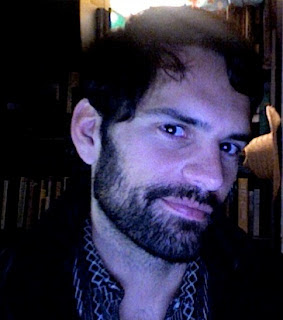 I AM THE MOUTH OF THE BOOK

Tonight's your birthday. Death, too,

feels like a number. The goat climbing out of his tail

a sign, a feeling that you are nothing, pulse

naked in the constellation, blind as the present zeroing of blackness

shining on a horn. Mood, you are my jewel

part beauty, part scorn. The power's out, so the world

inside is Nagakami and Chekhov by flashlight. A drunken search

up the mountain for the priest, hanging

upside down inside the woods with his sleepless

will you kiss fate, if it's forsaking you? It's hard to find

how far you have come to know

where you did not know who you are. Attila

Jozsef killed himself at 32, but he poisoned himself with gold. Tonight's

his hunger. Inside my year is

lit by a silence, leaf-beaten by that small tree

language, when we were mothered and sightless and the seas

outside were speaking to the teeming

dark hearse of the blood