There's a saw like an angry bird next door. Good morning.
I'm drinking something black, with a little moon-blue packet poured in.
I'm listening to NPR, a week old "This American Life": Jerry Springer's first career as a Politician--a very successful: "Bobby Kennedy/Bill Clinton type". Until he paid for a hooker with a check. And learned how unforgiving the world is. And became filthy rich. That's the way the world is. Good men and women, desperate to contribute something meaningful, failed by our inability to imagine them as men and women. Why don't we want our politicians to be as deeply wounded in the night as we are?
I'm playing footsie with my little bird. He's still pretending to be a little black dog.
This week on my iPod: new Mariah. She ain't no Elvis, she ain't no Madonna, but she's fun. Also: La Lupe: the Cuban salsera from the 60's/70's. Think dark hard duende, a rougher Celia Cruz. This girl's got a blade and a tattoo on the shoulder of every song.
Reading: That sexy black collected of Zbigniew Herbert. I have to say, he's not my favorite. I prefer Popa's collected. But he's got some haunting things happening. I'm only into his third book: Study of the Object.  I'm a bit bored. I'm wincing to say that. It's smart, quiet. I guess I want a bit more lightning. So far I've been in love with Hermes, Dog and Star, his second book, most. The prose poems at the end are haunting. I'm worried that it's my misreading of them that haunts me and not the actual poems. I keep reading through my own failure as a reader, which is to say, my own failure to imagine, to love something from inside, because of poems like this:
Equilibrium
It was a bird, or rather a pitiful remnant of a bird, eaten away by parasites. Stripped of its feathers, its bluish skin shuddering with pain and disgust, it still tried to defend itself by picking with its beat at the white worms covering it in a milling mass.
I wrapped it in a handkerchief and took it to a naturalist I knew. He examined it for a moment, then said:
It's all right. The worms eating it carry parasites invisible to the eye, and in the cells of the parasites an intensified metabolic process is probably taking place. It is therefore a classic example of a closed system with an infinite particle of antagonistic interdependencies which are the condition for the equilibrium of the whole. Contrary to appearances what we see is a blushing fruit or if you like, the crimson rose of life.
We must see to it that the thick fabric of breathing and suffocation doesn't burst anywhere, because then we would witness something considerably worse than death and more terrifying than life.
I don't want to say too much. I'm just absorbing him. He's a dark prophet. He's a Moses who refuses to look into the burning tree. Because he already sees it in his head. What we know is this body in this life.
And life is strange. It's so much endearing flaw, cruel wonder, beautiful sickness, awesome mistake:
at 11:59 AM 1 comment: 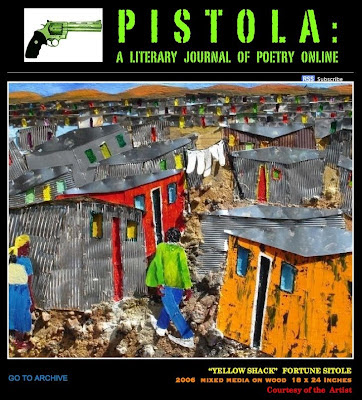