O, FRANK. MY LOVE IS COMING

"Like a piano concerto your black
and white eyes, your white face and bright black hair.
And then, reclining in silence, you're there
with a hall of echoes arching your back
and forcing you to sigh. In me the lack
of sound is merely that I hear your stare.
And when you leave there isn't any air;
though I should stay aloft, I have the knack.
But you leave. There isn't any reason
to be silent; in halls the audience
disperses as the instrument's wheeled off
and through jet tears and wet mascara scoff
the year, boring heart-and-concert season.
Too, I've not been silent again, or since."

I've been wanting to see Schnabel's new film, The Diving Bell and the Butterfly. I miss whatever it is that flares into feeling. A bit of struggle, but with something deep. A small rip in the lining. A little ruin, a little beautiful desperation. Schnabel and a deep splash of color. O'Hara. Sold out. So to Francis Ford Coppola's YOUTH WITHOUT YOUTH, a slow, strange, philosophical fantasy. Friends and Strangers, I'm not romanticizing. You've got to prepare yourself for this one with a moody shore. You have to be receptive to the idea of yearning, the question of time. It's as strange as a lovestory by Calvino, and as creepy, in some places, as a medieval fear of the werewolf. Anyone looking for Shakespeare, beware. Anyone looking for the marriage of theoretical physics and eastern philosophies, welcome. Think Mishima's SPRING SNOW palimpsested over Adolfo Bioy Cesares THE INVENTION OF MOREL, or Wilde's PORTRAIT OF DORIAN GRAY. Isn't the first line of that book pricked by roses? Aren't the dreams of lovers murderous? 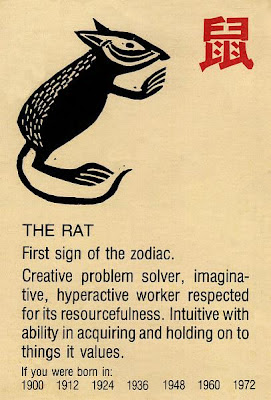 Read Orhan Pamuk's MY NAME IS RED for my birthday this year. I'm going to try to say something substantive about this one later, because it's really too rich to explain. Love, murder, art. And the 16th century struggle in Istanbul to resist Western technique and religion. It's a serious novel, in terms of the balance of its characters and ideas, the sophistication of its plot and structure, and its gorgeous, daggering lyricism. My favorite novel of the year by a lightyear.

And two lines from Mr. Ancel, Paul, for the new RAT:

But now shrinks the place where you stand:
Where now, stripped by shade, will you go?