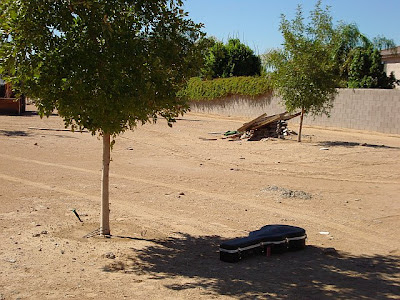 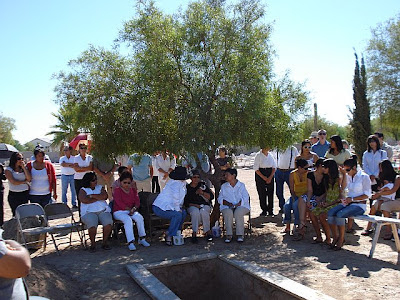 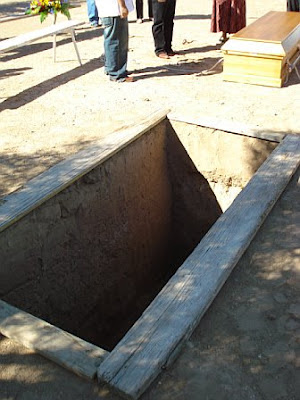 
THE DOOR IS FALLEN DOWN


The door is fallen down
to the house
I used to try & pry open,
in & out,
painfully,
stiff tears.

I sit underneath the cottonwoods--
Friends,
what am I meant to be doing?
Nothing. The door is fallen down
inside my open body
where all the worlds touch. 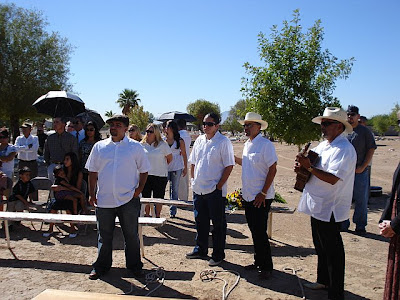 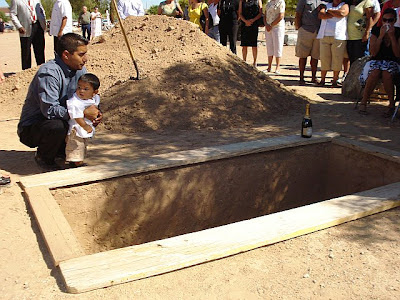 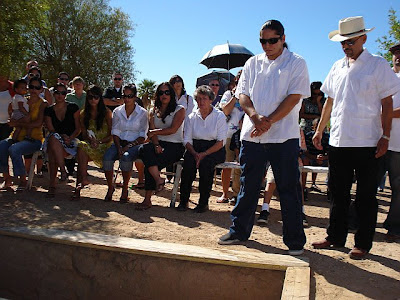 Swift wind! Space! My Soul! Now I know it is true what I guessed at--

Eternity lies in bottomless resevoirs . . . . its buckets are rising forever and ever,
They pour and pour and they exhale away--

I rise extatic through all, and sweep with the true gravitation,
the whirling and whirling is elemental within me-- 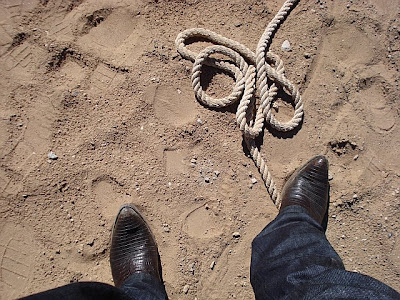 PEREGRINATIONS ONCE YOU WERE A FISHERMAN & YOUNG


Tata, the dark country of your eyes
still buries
your life inside of me.
Once you were a fisherman

and young, slinging your nets & spearing
Tilapia to sell at the coast-market. Old Man, when the Sea
violently swept your small boat back to her darkness,
La Lucia, you took up your guitar like the light

strumming those long helixes under
the waves. Pouring Tequila onto the rust of your last
coins, you started singing the coro: Cuidado, cuidado que te quema,
Candela. I hear you,

Paletero, Drunk with Amazing Sadness
while in your bare feet you went dancing

dust to chickens. The brother you loved fell down
stabbed in a knife-fight & died
for sleeping with another man's wife. The mother of your sons
has slept now these six
years in the earth, & you know too well that Here
sharp pains release intense joys

for now that you're old your face has grown stern with Musical Silence, Abuelo.
Don't forget us, tenderness
throwing your fist up laughing to Eternity
the sky, Old Odysseus

the dark country of your eyes
still alive has been buried
here inside of me. 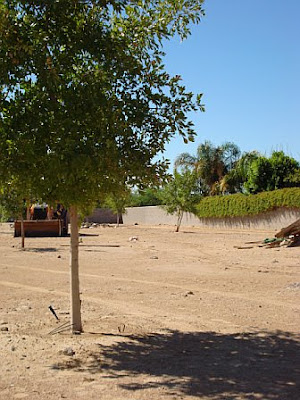 I'm getting to this a bit late tonight, but Rigoberto Gonzalez blogged me for the National Poetry Foundation along with my Beast of Pleasures!

Thanks to LorcaLoca for blogging it too. It's part of Rigoberto's Wednesday Shout Outs. . . and if you haven't bought my book yet, you should . . . 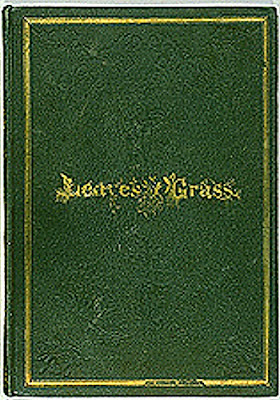 In other news, I began a critical reading and writing course this week with Whitman's "Preface to the Leaves of Grass". It's a first year course but I was really shocked by my students' responses, mostly because I remember reading this as a student and feeling floored by the brilliance of Whitman's assertions, the ecstatic litanies of the Self as fount and source of the Sacred, the body as nation, his great anthem of morbidity and flesh: "all beauty comes from beautiful blood and a beautiful brain"--in the inclusive nature of his vision, which doesn't erase differences; as it summons variety it anounces equally the worth of our prisoners and our laborers and our leaders, and links kosmos to breath, being to non-being. He's as blasphemous as he is transcendent, not to mention ahead of his time for civil rights, women's lib, and gay marriage. Most of what he says might well be an indictment of our contemporary political climate, especially considering that everything coming out of President Bush's mouth transforms our nation's idea of itself into sick militaristic hunger.

My students, on the other hand, feel Whitman is dramatic, "over-the-top", confusing, and of all things: boring! Huh? Whitman's epic extravagance is worthy of Ovid, Homer, his litanies worthy of the Bible. How do you get "boring" from Whitman questioning existence: "What is marvellous? what is unlikely? what is impossible or baseless or vague? after you have once just opened the space of a peachpit and given audience to far and near and to the sunset and had all things enter with electric swiftness softly and duly without confusion or jostling or jam. The land and sea, the animals fishes and birds, the sky of heaven and the orbs, the forests mountains and rivers, are not small themes."

I listen to my students and think there must be a place in their lives where they thirst for a substantive beauty. It can't all be textmessage and pop glam: I love the new Britney single as much as the next idiot ("It's Britney, bitch!")--the title "Gimme More" is about as flat as they come, and still I'm foaming at the mouth.-- But here's Whitman actually giving this "more" to us, and I'm disturbed by all the scoffing:

"Come to us on equal terms, Only then can you understand us, We are no better than you, What we enclose you enclose, What we enjoy you may enjoy. Did you suppose there could be only one Supreme? We affirm there can be unnumbered Supremes, and that one does not countervail another any more than one eyesight countervails another . . . and that men can be good or grand only of the counsciousness of their supremacy within them. What do you think is the grandeur of storms and dismemberments and the deadliest battles and wrecks and the wildest fury of the elements and the power of the sea and the motion of nature and of the throes of human desires and dignity and hate and love? It is that something in the soul which says, Rage on, Whirl on, I tread master here and everywhere, Master of the spasms of the sky and of the shatter of the sea, Master of nature and passion and death, And of all terror and all pain." 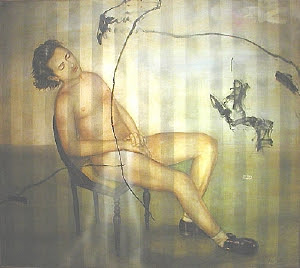 Harold Bloom calls LEAVES OF GRASS "the American Torah" and Whitman "our anointed one, hardly the American Jesus, but certainly the American literary Christ." Whitman's projected for us a national identity as much as a spiritual vision which we've all but failed to forget, much less assume! This is the real music our heated spirit craves pulses summons and bestows. It's a completely other experience to consider this a nation of sacred beings who carry with them spark and shade, who carry with them their own deaths inside, who carry with them at all times the livingdying freshness opened and rising, downward-falling blossom of their lifetime, all the seconds and stars and years and lightspeeds, all the expected despairs and accidental flashes of happiness, memorable and exact, all the sights and passing private ecstasies of being simply awake. Then living itself is a kind of poem, a kind of monument we create, a kind of vision that loves what we'll never preserve, perfect, or even understand. "I never know why, Forever Live and Die." (Orchestral Maneuvers in the Dark). Tonight, I'm drunk with it. VIVAS! to all of us who endlessly try and hope endlessly and endlessly triumph only to return to nothingness and tears, who endlessly fail and endlessly fill again ourselves with this largeness. . . 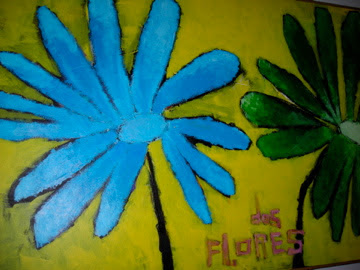 Today my favorite is section 18:

This is the thrill of a thousand clear cornets and scream of the octave flute and strike of triangles.
I play not a march for victors only . . . . I play great marches for conquered and slain persons.

Have you heard that it was good to gain the day?
I also say it is good to fall . . . . battles are lost in the same spirit in which they are won.

I sound triumphal drums for the dead . . . . I fling through my embouchures the loudest and gayest music to them,
Vivas to those who have failed, and to those whose war-vessels sank in the sea, and those themselves who sank in the sea,
And to all generals that lost engagements, and all overcome heroes, and the numberless unknown heroes equal to the greatest heroes known.